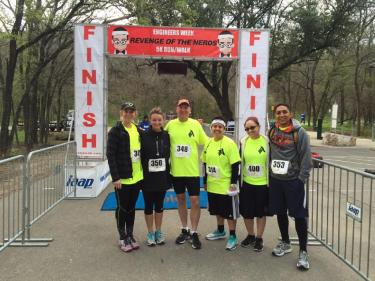 It was a winning Saturday at the Revenge of the Nerds: Engineers Week 5K in San Antonio. The run benefited a STEM focused scholarship for high school students and there was some definite Alpha domination on the 3 mile loop. Philip Johnson, PE and five Alpha engineering interns from UTSA tackled the 5K… and from the looks of it, doesn’t seem like this was their first rodeo. Philip took 2nd for his age group, Jonathon claimed 1st in his, and Megan won first overall female!

Like Loading...
This entry was posted in Giving Back and tagged Alpha Testing San Antonio. Bookmark the permalink.